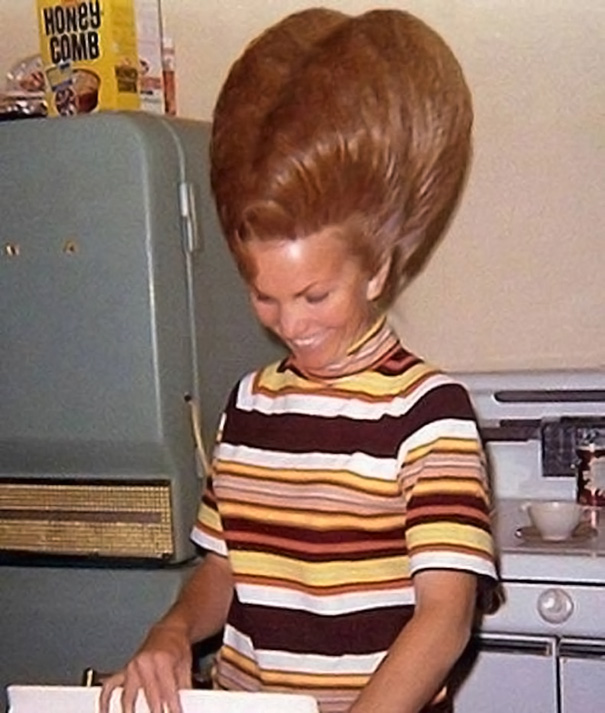 Ever look back at an old photograph and think “WTF was that hair?!

Throughout the decades, women have been notorious for getting trendy cuts and styles they will later regret.

Let’s go back in time and take a look at some of the WORST hair styles we’ve ever seen.

Can you hear the theme song to the Twilight Zone yet? The height of this hair-do is impressive, but Ma is low-key looking like an alien. Is there another planet hiding behind those locks? Or did she have dreams of being 5’11? #we’llneverknow

Ah, the bowl cut! The traumatizing trim Mom made you get as a toddler. This infamous style has tragically been around for decades. It haunts us with it’s ugly and feels no remorse about it. Poor Will from Stranger Things….kid can’t catch a break.

This one almost leaves us speechless. Did she electrocute herself in the girl’s bathroom? Roll around in static for 40 minutes? Get in a fight with an angry chihuahua? Either way, I don’t think this look could be repeated even if we tried.

Whip out the 90s prom pics and see how many cockatoos you can find! We’re not sure if a stylist got inspired by a bird or if we simply were brainwashed to think this is cute. NONETHELESS, let’s leave this look in the 90s and never bring it back. #pleaseandthankyou

Face Masks That Will Have You “LOLing”