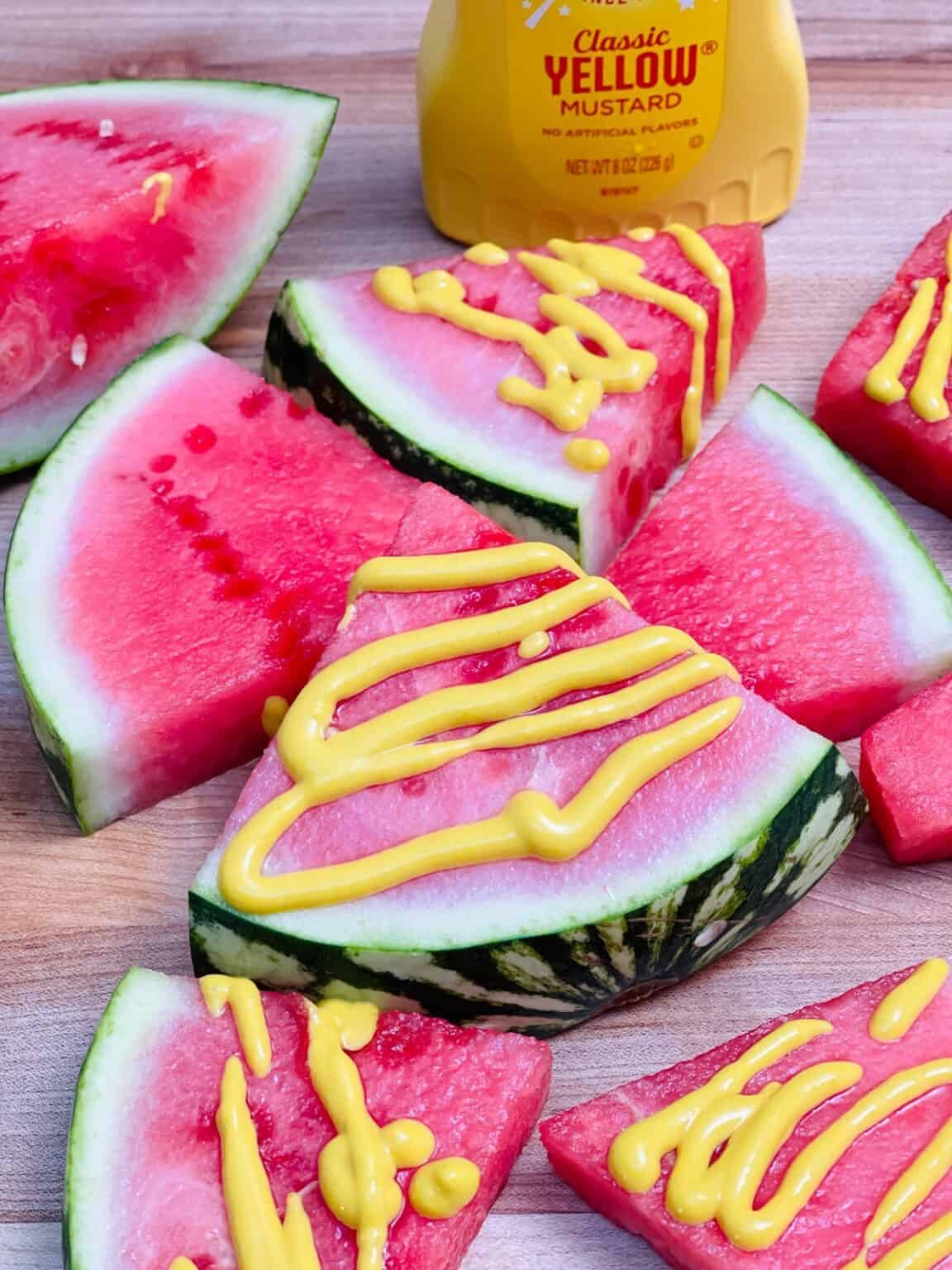 Yes you read that right. Everyone knows of an unlikely food combination that works. Many interesting food pairs can be seen featured on social media sights such as Snapchats public story, #weirdfoodcombos. The trend of making food combinations that are unlikely has gained serious momentum over the years. Everyone wants to be a part of it including famous singer Lizzo, who recently posted a Tiktok of her trying the new watermelon and mustard trend

Let’s see what the hype is all about!

TikTok user @yayayayummy was the creator of this funky food combo. He drizzled Frenchs yellow mustard over the sweet fruit before taking a bite. The video took the social media platform by storm and eventually made its way to the “Good as Hell” singer, Lizzo, who made her own video about it.

Though the original uses Frenchs yellow mustard, Lizzo used Heinz. She starts the video by saying “Is it bussin or is it disgusting” before proceeding to take a bite of the snack. A look of confusion comes across her face as she states she “doesn’t understand.” The singer takes three more bites but never says her opinion on the combo. Though judging from her face, it doesn’t seem like Lizzo enjoyed.

So we found out for ourselves

Since everyone was invested in this snack, we had to try it. Though at first, we were hesitant to give this a go. After all, it is mustard on a watermelon. Partly excited and partly nervous, we grabbed a miniature watermelon and some French’s mustard from the store and prepared the snack the same way as the original video.

One bite, everyone knows the rules!

The first initial bite is tangy and the mustard flavor is very prominent. However, the taste is quickly replaced by the sweetness of the watermelon. The combination is both juicy and creamy and is definitely a taste that you’ll never forget and is pleasantly surprising!

We can see why people would love this. It may not be for everyone but if your a fan of sweet and sour combos, this is a must try! Overall, we would rate this combination a 6.5. We are looking forward to see what other food trends will be popular this summer!

Will you try the watermelon and mustard trend?

The New It Couple, MGK and Meghan Fox