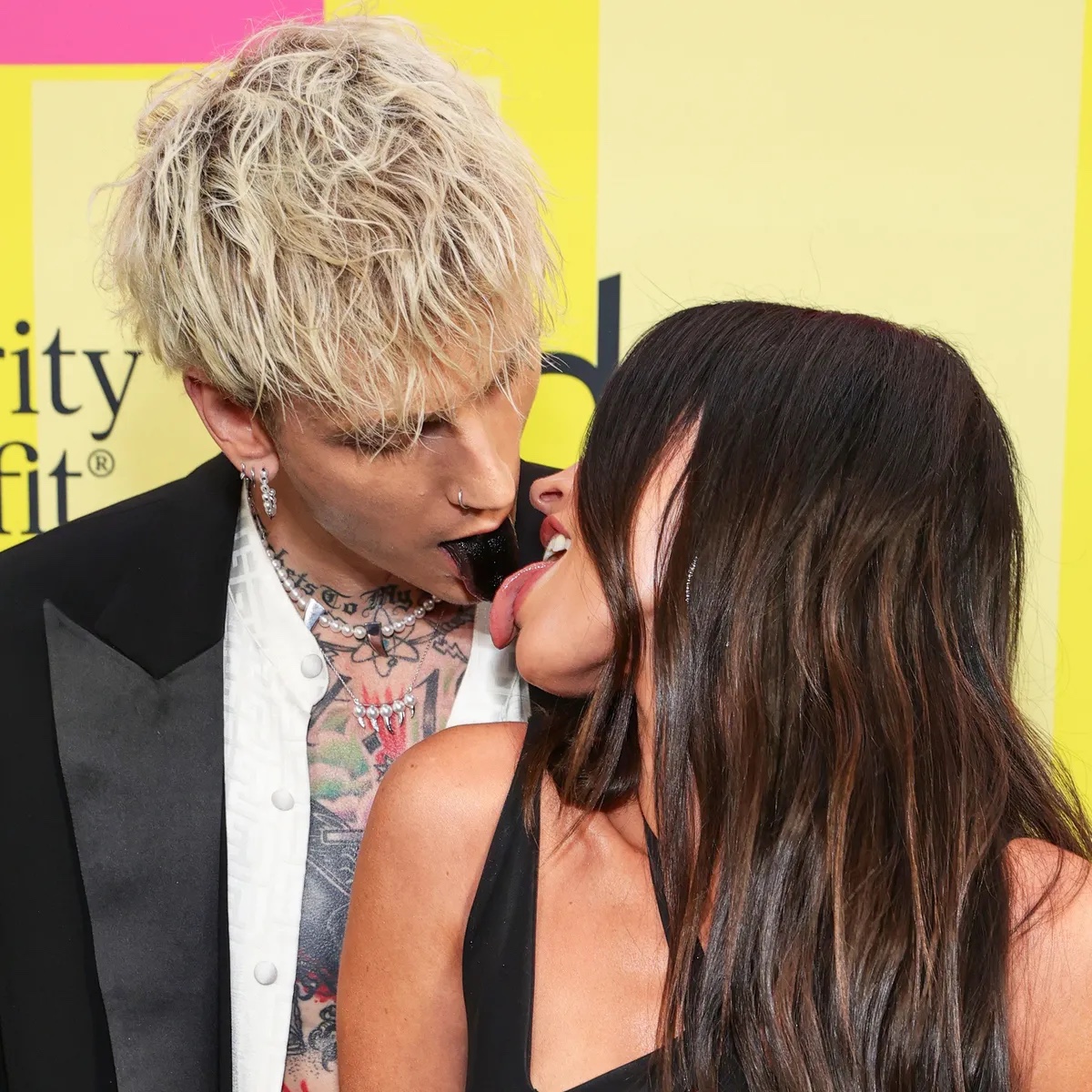 Machine Gun Kelly and Meghan Fox have taken the world’s hearts by storm. Here is everything you need to know about the iconic couple.

Prior to Machine Gun Kelly, Meghan was married to Austin Green. After a few weeks of being separated, MGK and Fox began dating and have been together since.

The year-long relationship began when the couple met while filming the indie movie, Midnight in the SwitchGrass. When the movie production ceased due to coronavirus, the two seemed to be hanging out a lot in their own time. However, it wasn’t apparent they were a couple until the two were seen getting takeout together in California by paparazzi. The pictures circulated fast and fans questioned if Meghan was still married to Green. The next day was Fox’s birthday, and many took to social media to wish the star a happy birthday. One of these messages included a paragraph from Green that stated “Eventually butterflies get bored sitting on a flower for too long,” he wrote alongside a photo of a butterfly on a flower. “They start feeling smothered. It’s a great big world and they want to experience it.” Photographs of the two out without their wedding bands began to surface and fans were itching to find out more about the couple.

A few days went by and Austin eventually talked about the split on his podcast. He stated that while meghan was in Puerto Rico filming the movie, she called him and said she “realized when she was out of the country working alone that she felt more like herself and she loved herself better during that experience and she thinks that might be something worth trying for.” Obviously upset by the news, he said he was very respectful during her decision. On the podcast, he also talked about how he knew who MGK was but said they were only friends.

MGK eventually posted a music video for his song “Bloody Valentine” that featured Meghan being his girlfriend. In the video, there were lots of sexy scenes which caused more speculation that the two were dating.

After months of waiting, DailyMail published a photograph of the two kissing and holding hands after a night out at the bar in California. MGK later tweeted lyrics from his music video Bloody Valentine that talked about calling Meghan his girlfriend. The couple was officially public.

Since they have became public, fans have seen the couple kissing at the airport, getting matching manicures, going to dinner, promoting MGk Album ( which has lots of songs about Meghan on it,) on instagram and conducting interviews. On Entertainment Tonight, Meghan stated “ I knew right away that he was what I call a twin flame,Instead of a soul mate, a twin flame is actually where a soul has ascended into a high enough level that it can be split into two different bodies at the same time. So we’re actually two halves of the same soul, I think. And I said that to him almost immediately, because I felt it right away.” On Howard Stern, MGK told the host he “never knew what true love was like until he saw meghan.”

MGK and Fox both have children, and sources say it was very important for them to meet each other’s kids. Meghan has been co-parenting her 4 boys with Austin, while maintaining her new relationship. She has expressed that it can be a struggle, but that they want the kids to be okay. Machine Gun Kelly has been co-parenting since he first had his daughter at age 18.

A source told Entertainment Tonight that “An engagement could be in Megan Fox and MGK’s future and same with having kids together. MGK definitely wants both of those things, but Megan is a little hesitant right now. In the meantime, they are constantly laughing together and always have the best time.”

We are excited to see more from this couple in the future and are happy for the pair!