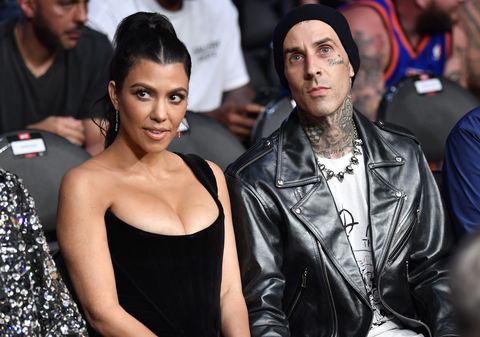 Summer 2021 seems to be the summer of love for some of our favorite celebrities and we are loving it! It seems that there is a new couple in the spotlight almost every week. Here are the top 4 Hollywood celebrity couples that we can not get enough of!

The Summer of love

On February 14, 2021 High-end fashion model and reality television star Kendall Jenner had some big news about her dating life. She announced to the world that she had been dating Phoenix Suns basketball star Devin Booker. Ever since then, the couple has had fans obsessing over them. Kendall is known for her pretty private dating life which is why it is a pretty big deal she decided to go official with him. Shortly after the announcement, Kendall was seen going to Bookers basketball games and supporting him online. Though the couples IG announcement about them dating was from February, sources have told the media the two have been going strong for over a year. As huge fans of the Kardashian-Jenner clan, it is great to see Kendall so happy with the basketball star. From what we know, the two have very laidback and low-key personalities, which is why it seems they would be such a great pair!

Back in February of 2020, Ariana was seen kissing a mysterious man out at a bar. We later found out this would be her future husband, Dalton Gomez. Gomez and Grande began dating in early 2020 but were not public until may 2020, when Ariana released her “Stuck with You” music video featuring her jumping and kissing on Dalton. From then on, the two were seen kissing on social media and shouting each other out on their birthdays. Before we knew it, it was December and the two were engaged to one another. The couple had a private ceremony with one another on May 15, 2021. We are so happy to see Ariana happily in love and married! We wish them both the best in their marriage.

Tom Holland and Zendaya are a fairly new couple that has recently been spotted together in the media. The two have been friends for a while but it was not until recently that suspicions arised about them being more than that. The cast-mates met on the filming of Spiderman in July of 2016 and were first seen outside of the set relaxing with other co-stars in a pool. From red carpets, press tours, Spiderman promos and charity events, the two became really close with one another and seemed to have a great friendship. A year later Tom was seen hanging out with Zendayas parents which sparked some dating speculation between the two. However, in a Variety magazine interview Zendaya confirmed they were only friends. Three years later the two were back on set together to film Spiderman 3 and seemed to be happy to be with one another there. After what seemed to be long overdue, the couple was spotted kissing in Hollands car this past June. Fans were swooning over the pictures of the couple and were happy the two finally came together! This past July 4th, Tom and Zendaya ventured off to Santa Barbara together for a romantic weekend getaway. We are so excited to see more from this couple and are happy for the both of them!

As Calabasas residents and famous celebrities, the two have always been around each other. Barker and his kids had met the Kardashian family before and even had dinner with them a few times. However, it was not until September of 2018 that there was speculation between oldest Kardashian sister Kourtney and rockstar Travis Barker. The speculation began when the two were spotted leaving a vegan restaurant together. From then on, over the course of three months, they were spotted at Hillsong church service, LA restaurant Crossroads and a night out in Malibu. In January 2021, Barker was seen commenting flirty messages on Kourtneys instagram selfies. After posting a picture of them at Kris Jenners Palm Springs vacation home, the two publicly came out saying they have been dating for a few months. Since then, the lovebirds have been seen all over instagram holding hands, sending each other elaborate gifts, writing love letters, snuggling by the fire and promoting each others product lines. The two really gained popularity when they were seen hanging out with Machine Gun Kelly and Meghan Fox out in LA. Since then, the couple has been showing lots of PDA and are definitely in love with one another. They always are together and seem that they can’t get enough of each other. We wish them the best and are so happy to seem them together!

Which celebrity couple is your favorite?