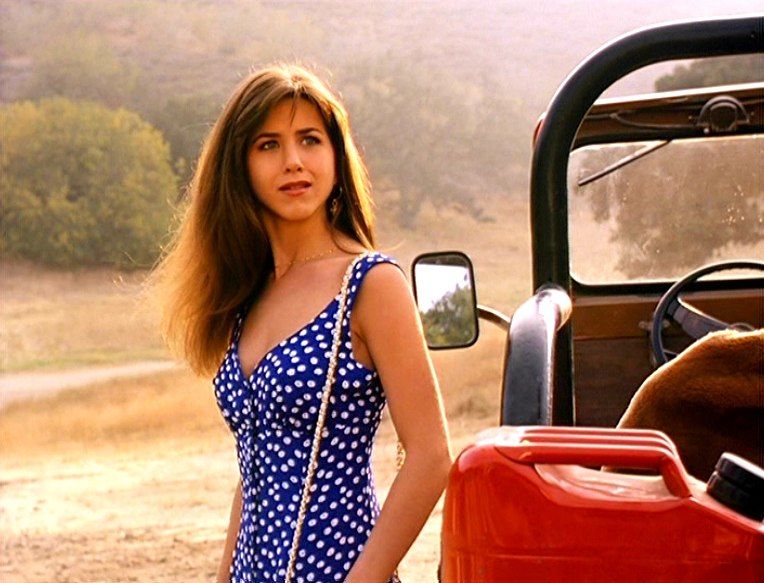 Horror films from the past, many seem outdated and cheesy. The acting wasn’t what people would call “Oscar-worthy” and the plots were farfetched.

What you may not have realized?

Several of these “horrible” horror flicks launched the acting careers of our FAVORITE Hollywood stars. (And yes, most ARE Oscar winners).

Ever think George Clooney’s first film was about a giant man-eating bear? This sequel was the first acting gig on Clooney’s resume at the young age of 22.

“Wes Craven was the guy who gave me my start, from my perspective, for almost no reason in particular. At the time, I was a musician. I wasn’t really acting. It was not anything very near to my brain or my heart,” the actor continued, before joking, “which is pretty much how it remains to this day.

Hollywood sweetheart Jennifer Aniston made her big-screen debut in the scary tale of The Leprechaun. Rotten Tomatoes rated this film quite poorly, considering it a Box-Office fail. None-the-less Aniston had no regrets taking the part. A year after The Leprechaun released, Friends premiered and launched Jennifer Aniston’s career to a level she never imagined.

This film truly was a horror show to make. In 1995, the movie was set to be screened in all major theaters. Matthew McConaughey and Renée Zellweger were both Hollywood newbies at the time, excited to start their career. After receiving awful reviews, the production decided to shelve the movie for two years. In the midst of waiting for a re-release, McConaughey, and Zellweger were growing in popularity.

Texas Chainsaw Massacre: The Next Generation made a second screening attempt in 1997. Once again, the movie completely tanked. Despite the harsh criticism of the film, McConaughey and Zellweger continued thriving in their acting careers.

Ugh…there is nothing cuter than a young Paul Rudd. Many of us know Rudd from our favorite light-hearted films like Clueless and I Love You Man. Ironically, Rudd started his acting career in horror. Halloween: The Curse of Michael Myers (The fifth film of the Halloween franchise) is Paul Rudd’s debut to the cinema screen. Unfortunately, the movie is considered one of the worst Halloweens. This didn’t seem to bother Rudd considering his acting career skyrocketed shortly after.

Next time you stream a throwback horror movie, make sure to keep an eye out for the “starlet” version of your favorite stars.

The Picassos Of Raccoons: Meet Piper, Tito, and Cheeto

Celebrity Couples We Forgot Were Together