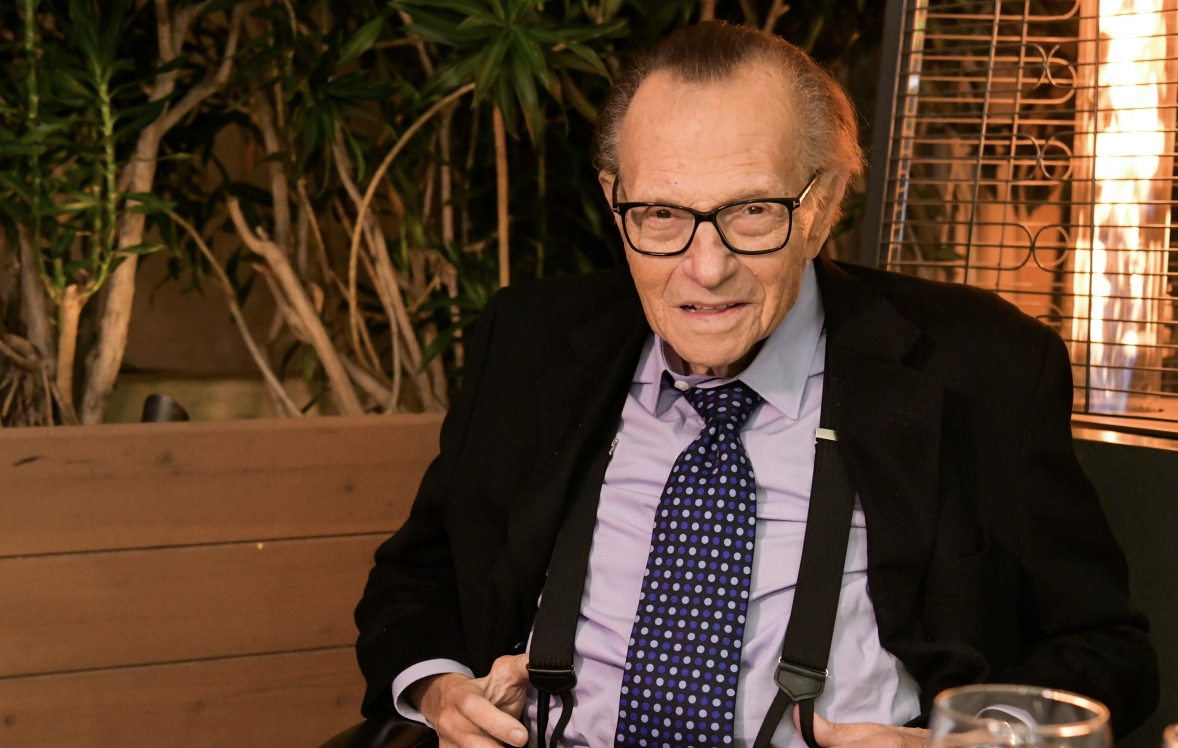 Larry King, the legendary TV and radio host, died on Saturday at Cedar Sinai Medical Center in Los Angeles. He was 87.

This marks an end to King’s decades-long career in broadcasting, known for his conversational interviews and signature suspenders. With over 63 years in television and radio, King has interviewed just about every iconic figure you can think of -including John F. Kennedy Jr., Sir Paul McCartney, President Gerald Ford, Bill Clinton and Barack Obama.

Larry was diagnosed with COVID-19 last month -and at one point was hospitalized in the ICE – but things had been looking up when he was recently moved to a regular hospital room. However, things took a sudden turn and he died early Saturday morning.

“For 63 years and across the platforms of radio, television, and digital media, Larry’s many thousands of interviews, awards, and global acclaim stand as a testament to his unique and lasting talent as a broadcaster, Ora Media published in a statement.

In 1957, Larry first began his career as a radio disc jockey at WAHR-AM in Miami. Although he launched The Larry King Show in 1978, it wasn’t until 1985 that the nationally syndicated radio talk show was brought to CNN. There, The Larry King Show became known as a one-stop shop for interviews with the biggest names over the 25 years.

King conducted more than 3,000 interviews, making him a a huge legend in the television/radio world. As we stop to reflect on the life of Larry King, many of our favorite celebrities and influencers have already taken to social media to pay tribute to the late broadcaster.

Former President Bill Clinton tweeted that he was interviewed by King more than 20 times and that “he gave a direct line to the American people and worked hard to get the truth.”

Celine Dion said that King was a kind gentleman and remembered how he treated his interviewees as he was a “lifelong friend.”

Director and comedian Kevin Smith tweeted a photo of himself with King and described it as “an honor” to meet him. “My Dad always asked me, ‘Did you see who Larry King talked to last night?’ Would’ve blown his mind to know that, one day, it would be his son. Thanks for that.”

Fellow CNN colleague Wold Blitzer described King as “an amazing interviewer and mentor to so many of us. He loved what he did and all of us loved him.”

The former host of CBS’ “The Late Late Show with Craig Ferguson” said King “was a true mensch” and thanks him “for all the laughs.”

Even Kermit the Frog took time to honor the late Larry King, who guest hosted on his “Larry King Live.”

It was “an honor to fill the suspenders of such an icon,” Kermit wrote in a tweet.

During his lifetime, King won numerous awards including a Peabody, a lifetime achievement award, 10 cable ACE awards, and was inducted into both the Broadcasting Hall of Fame and the National Radio Hall of Fame.