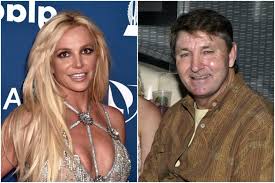 If you have been anywhere near social media these past few months you have some idea of what the #FreeBritney movement is. To sum it up, Britney Spears has been in a conservatorship with her father and management for the past 13 years. A conservatorship is where one adult is in charge of making decisions for another adult who is deemed incapable of managing their own affairs. This means her dad is in charge of her money, estate, and personal life including decisions on if she can get married, if she can have children, if she can leave her house and if she can see her kids and boyfriend. Conservatorships are usually for adults who suffer from Alzheimers or other neurological disorders. On the contrary, Britney Spears is 39 years old, and though she has suffered from mental illness, on the outside she seems to be a fully functioning adult. A documentary created by the New York Times titled “Framing Britney Spears” goes into depth on her life, how it began, how her career began, her downfall and her conservatorship. Specifics on her current mental state and medical information are disclosed to the public however recently Britney was seen in court for her testimony about the conservatorship. The courts transcripts are the first time we hear about the conservatorship, Britneys mental illness and everything in-between from her perspective.

On June 23, Britney stood in front of the judge to give her testimony against the conservatorship, her father, family and management. She began by going into detail on how the conservatorship has affected her mentally and provided recent examples of abuse in the conservatorship. The first example she gave was back In 2018. Britney was forced to go on a tour and was threatened to be sued if she did not comply. If Britney did get sued, she did not have the rights to choose her own attorney due to the conservatorship. Rather her father, who wanted her to do the tour, would have the rights to choose her attorney. Out of fear, the pop star did the tour. When the tour was over she began rehearsing four days a week for a new show in Las Vegas. When the pop-star said no to one of the dance moves, management called her therapist and told them she was not cooperating and was not taking her medication, which was a lie. The situation escalated after Britney told her management she did not want to do the Vegas Show. Her management bombarded her doctor and he prescribed her lithium, a medication she felt she did not need and was scared to take.

The lithium had serious affects on the pop-star and she needed six nurses to take care of her while she was on the drug. After a lengthy four hour psych examination, the star was forced into a rehabilitation program where she would pay $60,000 and be in a high-populated area, which is something she did not want as a famous pop-star. At the rehab center, Britney worked seven days a week 8am – 6pm, was not allowed to have any possessions, lived with the people she worked with, had 24/7 security, was not allowed to see her kids or boyfriend, had to do strenuous blood tests weekly, and had no privacy including when she was changing. This was just one incident from Britneys life from the past 13 years.

The second half of her testimony was Britney explaining what she wants out of this court case. This included that she did not want to be evaluated yet again to end the conservatorship, she wanted to be in charge of her own finances, meet with her therapist only once a week, and to be able to go in her boyfriends car. She also mentioned suing her family and having the ability to tell her story to the world. Of course, as outsiders, we do not have all the information about the conservatorship and Britneys mental state. However, we do hope for the well-being of the pop star and hope that in the end she is happy. This court case has the potential to last years, and only time will tell the outcome.