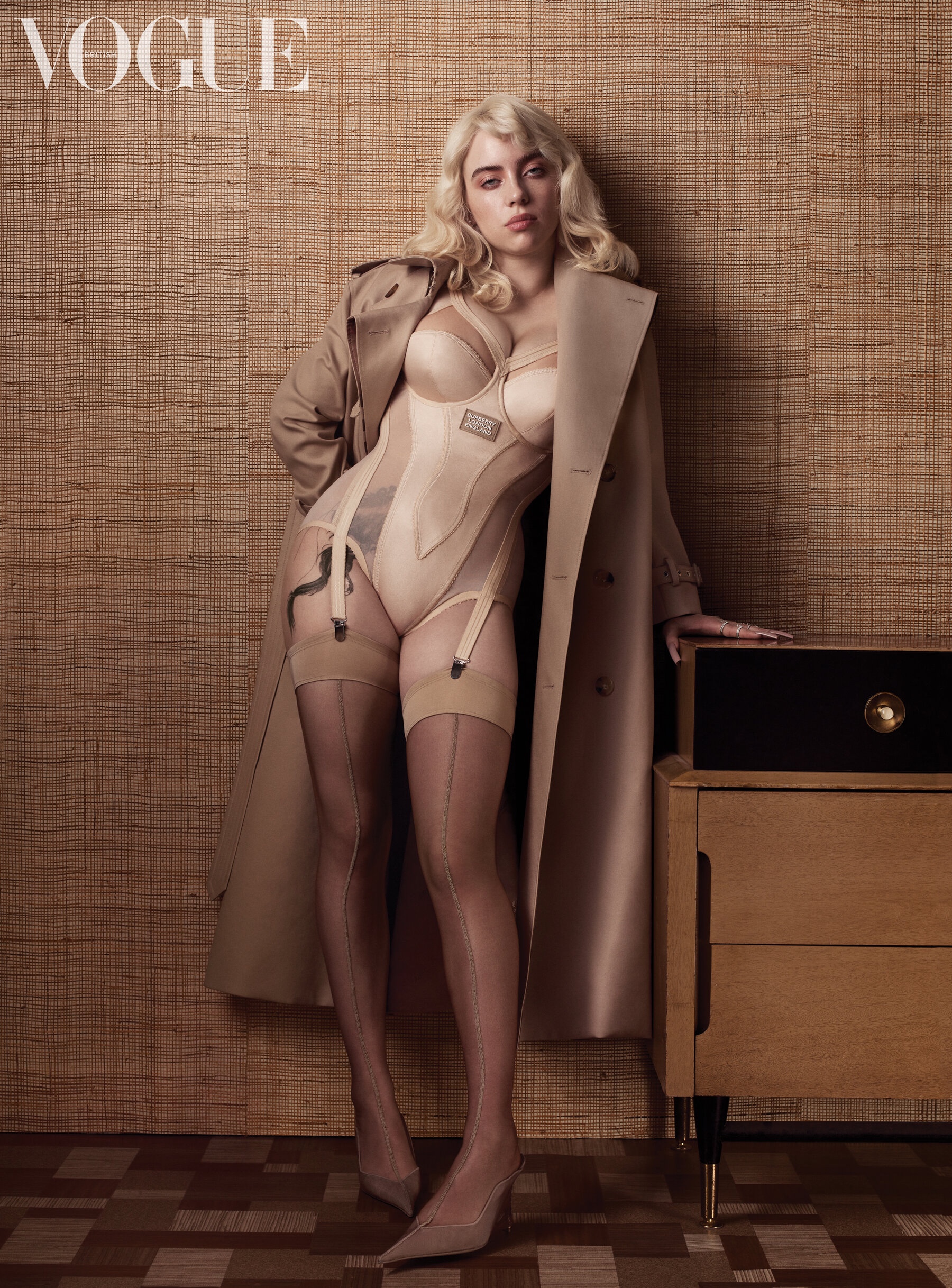 Billie Eilish has broken the internet with her new British Vogue magazine cover. For the photoshoot, the young adult pop sensation has stepped away from her traditional style choices. Usually seen with her dark black hair, neon green roots and baggy clothes, it was a shock to see the singer rocking bleached blonde hair, a pink corset, and high stockings. Let’s just say, we are Living for it!

In the past, Billie has made statements about how she feels more comfortable wearing baggy clothing because she does not want to be sexualized by the media. This was something Hollywood was not use to and thus the obsession over Billie Eilish began. Many young girls praised the star for this approach, saying it made her more relatable. Sexualizing pop stars is nothing new and almost inevtiable. However, Billie Eilish took the stand against mainstream media by reinventing the traditional image of a teen pop star. Her outfits consisted of grungy, oversized wear and quickly trended across the globe. From the beginning, Billie had a mission to show girls everywhere to wear what they feel comfortable in and own it!

Now that Billie is nineteen years old, she has made the decision to venture away from this look. In the June 2021 issue of British Vogue, Eilish poses in a collection of corsets created by Alexander Mcqueen, showing off her curves for the first time. This was a shock to everyone and instantly created an influx of Billie Eilish stories across all major media platforms. Though many supported Billie, some fans stated that they felt betrayed by her style change, indicating that the artist “sold out.” However, true fans were quick to clap back at the haters, making the argument that “she was only a child and now she is 19.” Either way, no one can deny that Eilish is stunning on the cover.

In the Vogue interview, Billie goes into detail about the photoshoot, her new album, and insight on her personal life. Her album, titled “Happier Than Ever” is more of a personal album for the artist. Eilish says she has gone through a transformative experience and feels more like a woman now. By doing this shoot, the artists explains she wants to confront abusers who exploit underage girls and convince everyone to feel comfortable in their own skin. Her new feelings of maturity and adulthood became the majority of the inspiration towards the shoot and album title. In the interview, Eilish talks about how everything done is for oneself and states “It is all about what makes YOU feel good.” Eilish has stayed consistent with putting herself first and wants to inspire others to always do the same. She has maintained control over her identity since she first was seen in the spotlight back in 2016.

We believe Billie looks amazing both ways, as long as the singer feels comfortable! We are excited to see what is up and coming for the artist. “Happier Than Ever” will be on all streaming platforms July 30, 2021.

The New It Couple, MGK and Meghan Fox