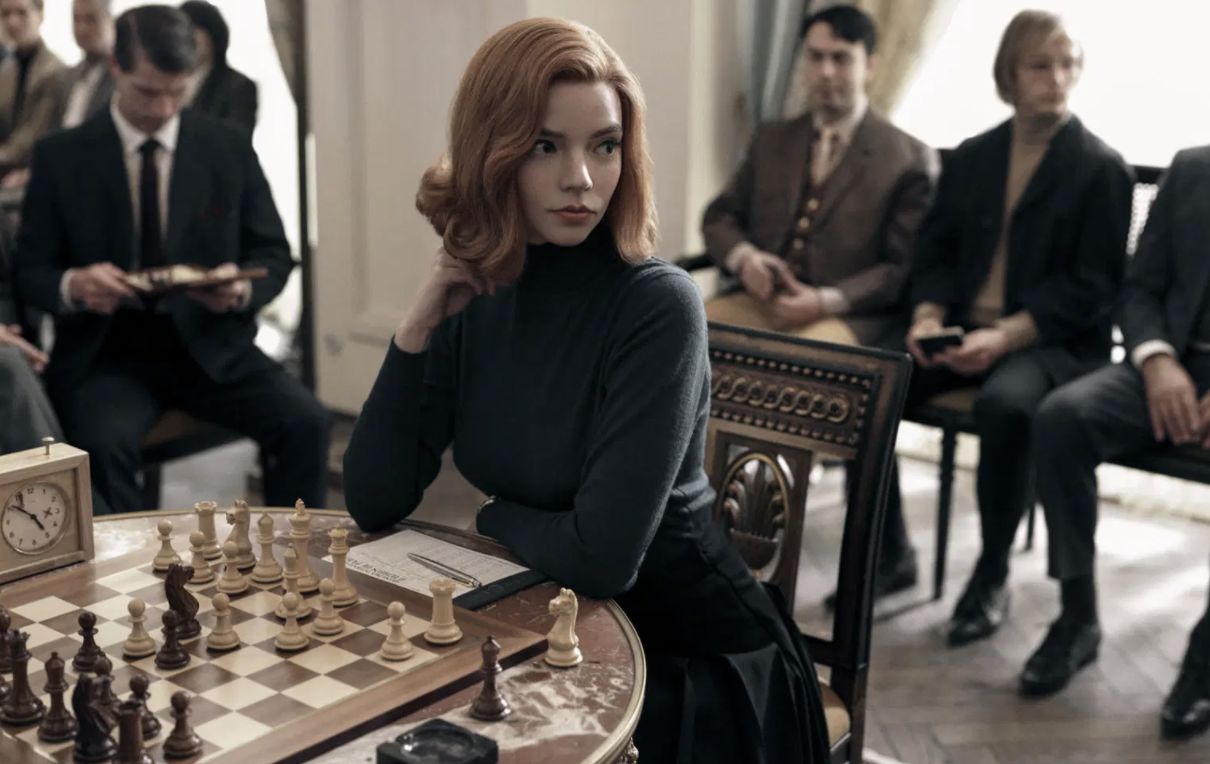 As the weather gets colder and we find ourselves cooped up in our homes with fuzzy pajamas, there is nothing better than unwinding with a good show. Here are some of the best binge-worthy shows on Netflix right now:

The Queen’s Gambit is a Netflix adaption of Walter Tevo’s coming of age novel, this show has jumped to Number #1 spot for good reason. The plot follows the rise of chess prodigy Beth Harmon, a Kentucky orphan living in the 1960s. Written and directed by Scott Frank, The Queen’s Gambit brilliantly explores the life of a young woman driven to become the very best in the world while also battling her own demons.

We can’t get enough of Marvel, and don’t worry, you won’t need Disney + to watch this one. Agents of S.H.I.E.L.D. is a 7 season action series of Netflix which focuses on the adventures on an intelligence organization headed by Agent Phil Coulson.

Grab the popcorn and watch as a highly skilled team of agents tackle life threatening missions in this binge-worthy thriller. Perfect for anyone looking for a Marvel fix beforeWandaVision is released.

Tired of the same rom-com series? Away is an inspiring and compelling sci-fi drama, centered around the first manned mission to Mars.

Oscar-winner Hilary Swank stars as NASA Commander Emma Green in this anxiety-filled journey, involving love and loss, faith, friendship, and hope. As the episodes unfold, the view gains insight into each astronaut’s own personal backstory while watching the Commander and her crew take on a series of challenges that threaten the mission.

How could we not add The Office to our list? There is no better feeling than sitting back, relaxing, and following the antics of Michael and the gang from Dunder Mifflin take on hilarious and relatable situations. If you haven’t seen the beloved classic starring Steve Carell, you might want to start watching today. The comedy will be removed from Netflix at the end of 2020.

Don’t fret! It won’t disappear from streaming services completely. Netflix has made a statement saying The Office will be streamed on NBC’S new streaming service starting January 2020. This show is the perfect background noise for social gathering, doing work, or really anything in general.

Emily in Paris is Netflix’s latest hit starring Lily Collins as mid-level marketing executive from Chicago who is sent on the adventure of a lifetime in Paris to become a creative direction working on luxury brands.

This is the perfect and much-needed dose of escapism to the fashion capital of the world. The show is only 10 episodes, making it the perfect binge-worthy show to watch in one sitting on a rainy day.

One of television’s most beloved coming of age stories was added to Netflix on November 1st and we can’t get enough of it! The 1990’s teen drama focuses on the life of Dawson Leery and her friends in Capeside.

No matter how old you are, nothing is better than a soapy TV drama that focuses on the ups and downs of the teenager years. 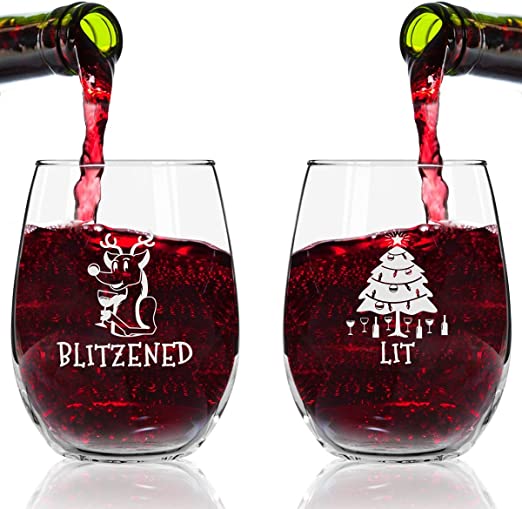 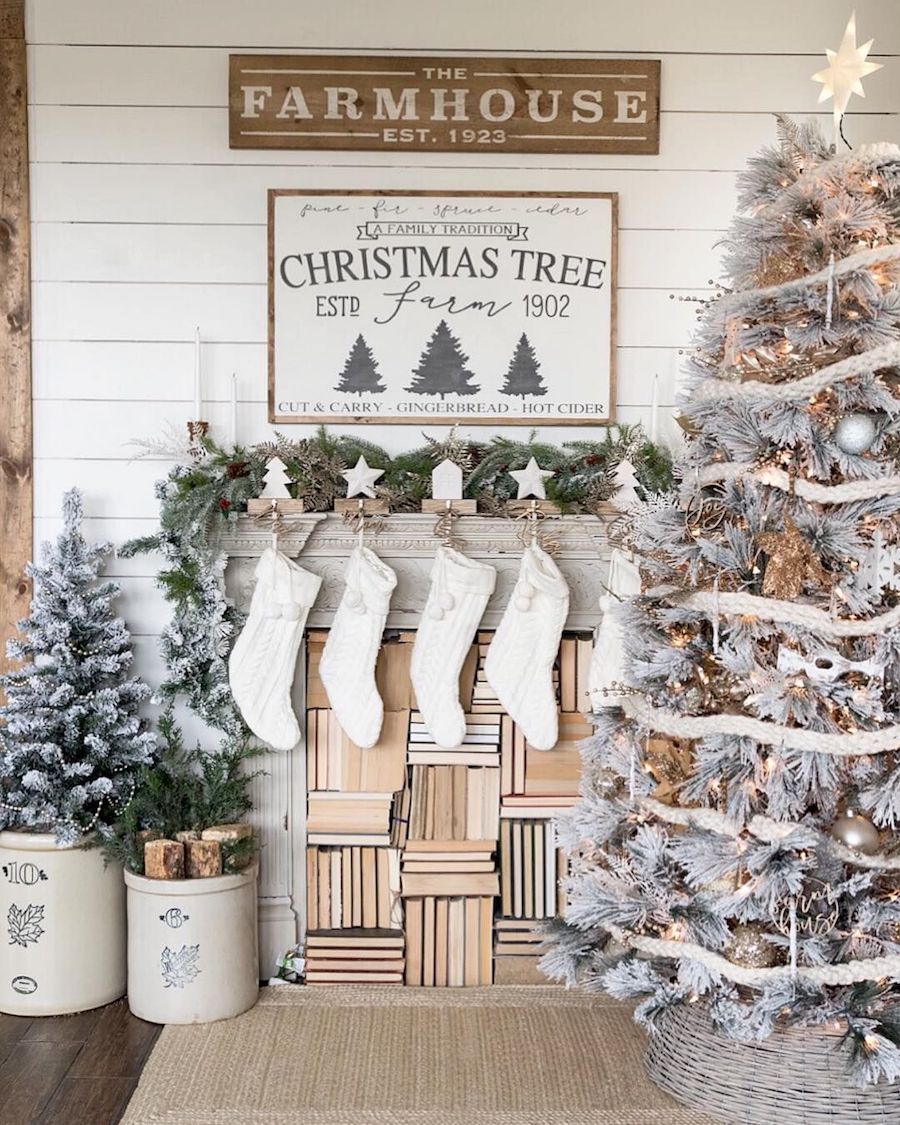 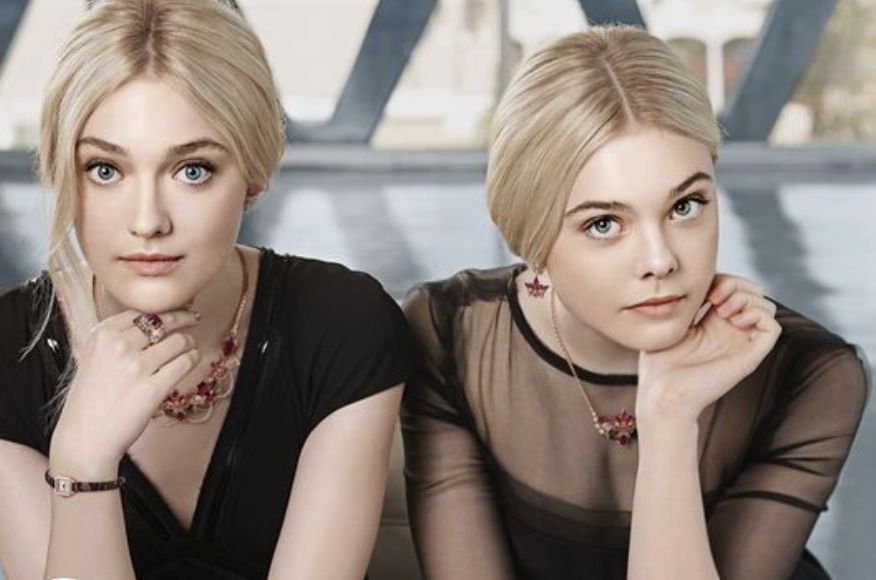 Anyone with siblings knows that question, “OMG are you related to (insert sibling’s name? You guys look so much alike!” It may get annoying for us, but imagine how the question is asked if you’re famous (or have a famous sibling).

Here are 6 pairs of siblings who definitely got asked that question a lot growing up:

Of course, Tia and Tamera Mowry first comes to our mind! The identical twins rose to fame as the most adorable duo in the 90’s sitcom Sister, Sister and later starring together in the iconic Disney movie Twitches (2005) and Twitches Too (2007), the story of two teen witches who were separated at birth. The Mowry sisters had a brief reality series called Tia & Tamara from 2011 to 2013 as well. Today, both Tia and Tamara are married with children, and continue to work in television.

Although some of us may not have even realized these two were siblings (myself included!), it is clear to see the similarities between Zooey and Emily Deschanel with their stunning blue eyes. Emily is best known for her role as a forensic anthropologist Dr. Temperance Brennan in the popular series Bones (2015-2017). Zooey portrayed a bubbly school teacher, Jessica Day, in the hit sitcom New Girl (2011-2018). Emily married It’s Always Sunny in Philadelphia David Hornsby in 2010 while her young sister Zooey has been dating Property Brothers Jonathan Scott for a little over a year. Adorable!

It is obvious that the Knowles have talent in their genes. Beyoncé gained stardom in the late 1990s as the lead singer of Destiny’s Child, known as one of the best-selling girl groups of all time. After a hiatus, Beyoncé began her solo career and the rest is history. Today, Beyoncé is one of the world’s best selling recording artists, and was listed among Times‘s 100 most influential people in the world in 2014. Her younger sister Solange followed in Beyonce’s footsteps as a singer-songwriter, as well as having several minor acting roles, including Bring It On: All Or Nothing (2006). What can’t these two do?

How could we not add Mary-Kate and Ashley Olsen to our list? The two became childhood stars at an early age for playing Michelle Tanner on the classic series, Full House (1987-1995). The Olsens also appeared in It Takes Two (1995), All My Children (1996), and Two of a Kind (1998). Even though the twins retired from acting in 2012, they still are in business together, and currently own two successful fashion brands, The Row and Elizabeth and James.

Clearly good lucks run in the Watson family. Emma Watson rose to prominence with her role as Hermione Grange in the Harry Potter films, a series lasting from 2001 to 2011. This talented actress is also a huge advocate for women’s rights, helping launch the UN Women campaign HeForShe, a campaigned advocating for gender equality. Alex made his move debut alongside his sister by appearing in two of the Harry Potter films, and in 2010 modeled in a campaign for the fashion brand Burberry. Today it seems Alex is private about his career and personal endeavors while sister Emma is working on new projects, including being appointed to French luxury group Kering’s Board of Directors in June.

Last but not least, we have Hollywood’s dynamic duo, Elle and Dakota Fanning. Dakota Fanning gained recognition at the age of seven for her role as Lucy Dawson in the film I Am Sam (2001), receiving a Screen Actors Guild Award at eight. She also starred in Charlotte’s Web (2006), The Twilight Saga (2009-2012), and Once Upon a Time in Hollywood (2019). Her younger sister, Elle is known for her role as Princess Aurora in Maleficent (2014), and Maleficent: Mistress of Evil (2019), as well as her role as Alice Dainard in Super 8 (2011). These talented sisters are incredible actresses and we can’t wait to see what else is in store for them!

Activities For Your Small Thanksgiving Gathering